NEXT hosts Israel Teaching Fellows in three unique locations in Israel – along the coast, in the desert, and in the highlands. Choose the community that speaks to you! 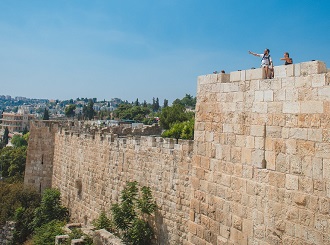 Set in the rolling Judean Mountains, Jerusalem is a world heritage city with a thoroughly 21st-century spirit. It has been the center of Jewish history for over three millennia and continues to define the character of modern Israel today.

Israel’s largest city, Jerusalem, is also one of the most evocative locations in the world. The glow of the sunset on the honey-colored Jerusalem stone as well as the dazzling, golden Dome of the Rock, are iconic images known across the globe.

A city holy to Jews, Muslims, and Christians, Jerusalem is the religious and historical epicenter of the world, as well as Israel’s capital. It is also home to a diverse population of university students, young professionals, and families. The city boasts Israel’s second-oldest university, The Hebrew University. As one of the world’s top-100 universities, it attracts students from all over the world.

At the center of Jerusalem is the Old City with its four quarters – one each for the Jewish, Muslim, Christian, and Armenian faiths. The Old City is overflowing with character and history, hemmed in by ancient walls and containing delicate arches, hidden courtyards, and narrow cobblestone alleyways beckoning you back in time. The streets are crowded with travelers, pilgrims, and vendors of everything from tourist trinkets and leather sandals to fresh produce and embroidered fabrics. Your senses will be overwhelmed by the intense colors and aromas of its spices, flowers, and food.

At the same time, it is surprisingly modern – home to Israel’s national government, leading high-tech startups, and a center for Jewish thought and learning. You’ll be delighted by the city’s quaint neighborhoods filled with world-class restaurants, vibrant markets, and social gathering places in both well-known and tucked-away places. During the day, the Machane Yehuda outdoor market bustles with locals and tourists alike. At night, its streets overflow with people eating and drinking at one of its many bars or eateries.

Our Jerusalem accommodations allow Fellows to fully immerse themselves in the culture and wonder of the city. Our building consists of individual apartments with fully stocked kitchenettes and comfortable living rooms – great spaces for fun nights and Shabbat dinners with your cohort! Additional apartment details: 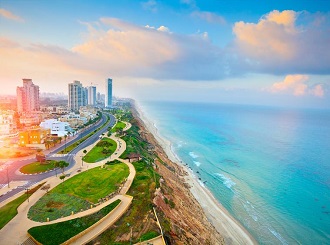 Starting as a dusty orange grove less than a hundred years ago, Netanya today is a major resort city and the home to start-ups and academic institutions. Well known for its breezy promenades, nine miles of white sand beaches, wild cliffs, lively restaurants, and open-air cafés, it’s no surprise that Netanya is a major draw for tourists from within Israel and from around the world.

Much more than a destination city, rich community life is at the heart of Netanya. The city encompasses a wide and colorful mix of people from all over the world. Immigrants make up 35% of the population, mostly coming from France, Ethiopia, and the Former Soviet Union. The urban lifestyle of Netanya is conducive to the excitement and thrill of city living. In Ha-Atzma’ut Square, you’ll find that nearly everything is open until midnight or later, and the square is alive with families, friends, and couples people-watching from the cafes in the warm Mediterranean evening air.

Netanya is very conveniently located 30 minutes north of Tel Aviv and 30 minutes south of Haifa, with plenty of rustic Mediterranean beaches to enjoy in between.

Netanya is the only Teaching Fellow city that offers single rooms at no extra cost! The apartments are located east of Netanya’s city center in the village of Kiryat Ha’Sharon – at the Netanya Academic College. The beach is just a 10-15-minute bus or bike ride away, a direct bus to Tel Aviv is across the street (40 minute ride), and there is plenty of parks nearby. Apartment amenities include:

*Netanya is the only Teaching Fellows city where host families "adopt" Fellows for holiday meals – which provides an extra feeling of community.

URBAN LIVING IN THE DESERT 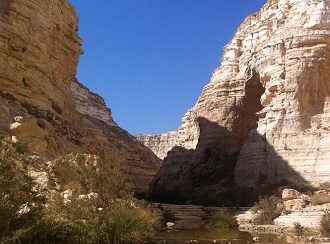 Be’er Sheva is Israel's fourth largest metropolitan area and is the capital of the Negev Desert. It's known for its vibrant student community, excellent nightlife, and proximity to world-class hiking and camping.

Located at the northern edge of the Negev Desert, Be’er Sheva is one of Israel’s fastest growing cities with a diverse population of university students, young professionals, and families. There is a network of Bedouin villages adjacent to the city, as well as a large Russian population. The city is home to Ben-Gurion University, attracting a growing number of tech companies and startups, making Be’er Sheva a true “cyber city.” Be’er Sheva residents are driven by the city’s commitment to continuous advancement. Fellows can spend their free time relaxing a the lake at Be’er Sheva River Park, hanging out in the Baraka – the center for student night life, hiking in the desert, or taking in a Hapoel Be’er Sheva soccer game – the pride of the city!

The MITF apartments are located in the heart of Be’er Sheva’s Old City. The apartments are positioned within walking distance to the central train/bus station, markets, music venues, bars, and dance clubs. The Old City thrives on music, art, and community, drawing comparisons to Tel Aviv’s hipster Florentine neighborhood. The historic architecture of the city has been revived through a youthful infusion of culture, with endless activities such as open mic nights, paint n’ wine, concerts, and more. In Be’er Sheva, you’ll learn quickly that Israelis from the southern part of the country pride themselves on hospitality, providing a warm atmosphere into which participants can easily integrate themselves.

Fellows in Be’er Sheva enjoy sharing a building with young Israelis who study and work nearby. Apartments have wrap-around balconies, providing space to interact with your neighbors. Apartments have fully stocked kitchenettes and comfortable living rooms – great for fun nights and Shabbat dinners with your cohort! Additional apartment details: